Warning: getimagesize(): Failed to enable crypto in /home/pasducerfc/public_html/2020/sites/site1/t/partials/header.php on line 154

An estate full of History

The character of Château Pas du Cerf derives its origin from the alchemy of nature. .

In the sixteenth century, Francis I, king of France, stayed on the Mediterranean coast to celebrate the marriage of his son, Henry II, with Catherine de Medici. Invited at a chase by the landlord of Château d'Hyers, a medieval castle in ruins located on the top of the hill of Castéou, one of the summits of the Maurettes towering over the town of Hyeres, the king then hunted - and slayed - a dee at pace du to the streep terrain. as a tribute to this royal trophy the inhabitants named this place "Pace of the Deer", a litteral translation of "Pas du Cerf"

The history of Château Pas du Cerf began in 1848. At that time, the first grapes were harvested and vinified in this family-owned estate.
The place, which has existed for eight generations, in driven by respect for the past, attention to the present and a look into the future. 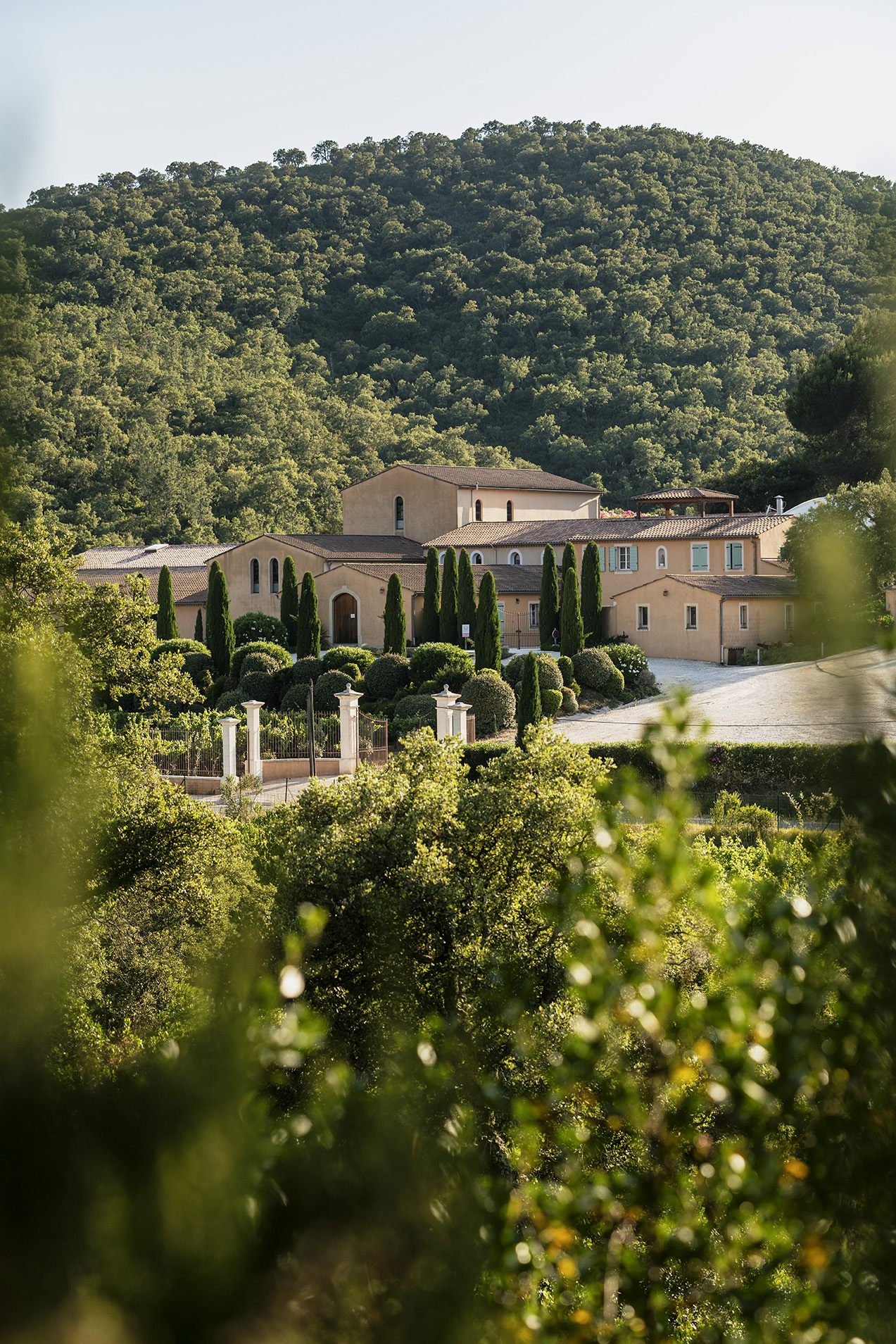 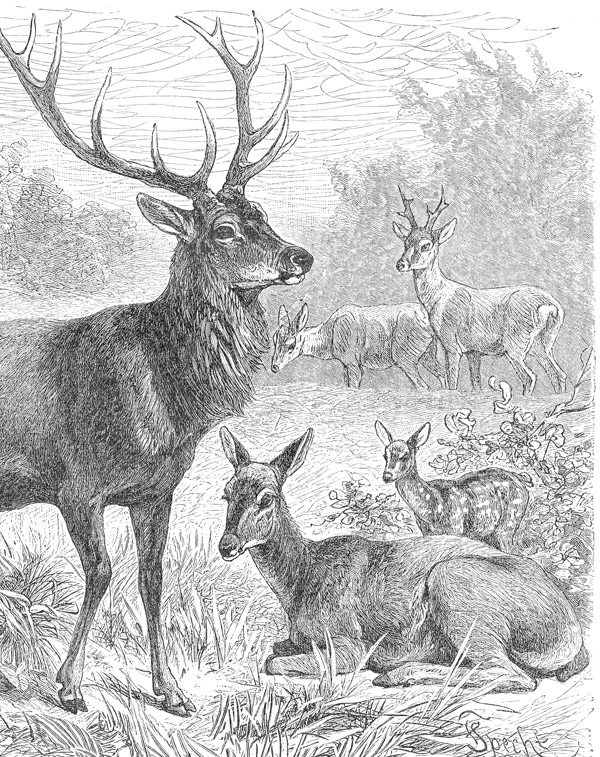 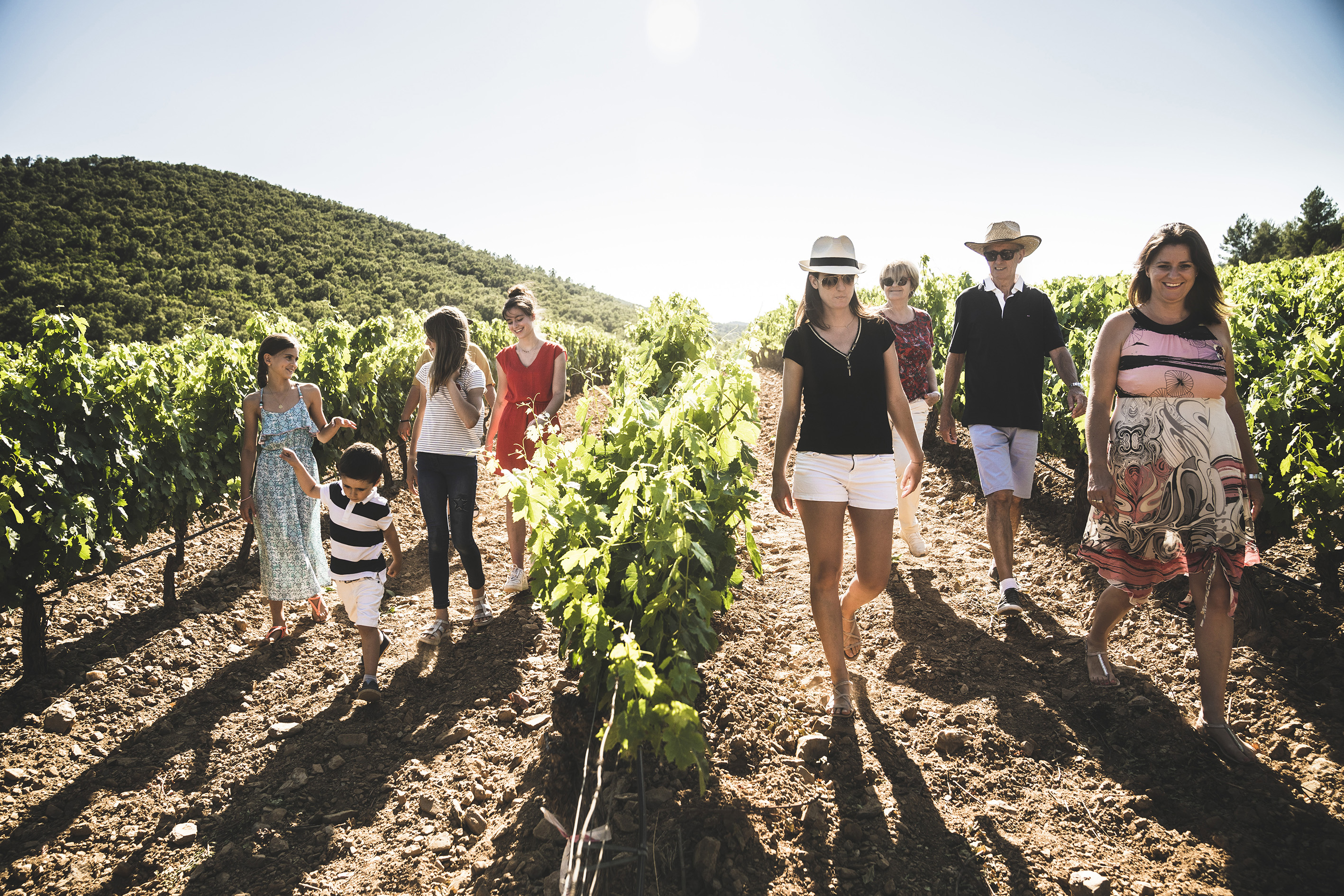 Rare is the family where wine culture and a love for the soil are passed down from generation to generation with the same fervor and a penchant for doing the job right. Since 1848, and after eight generations of vintners, the Gualtieri-Martin family embodies the essence of winemaking tradition.

Today Aurore, Diane and Marion, Geneviève and Patrick Gualtieri's daughters, are carrying on the familu tradition with the same sincerity and authenticity.

A winery managed by women

If it is rare for a winery to be passed on from generation to generation, it is even more uncommon for an estate to be under the resposibility of three women, namely three sisters.
Highly talented and passionate as well as demanding about the selection of grape varieties and uncompromising about their blending, they impose their style in the world of wine.
Emblematic of women's success in the production of great wines, Aurore, Diane and Marion produce a wine in their image : with character and elegance. 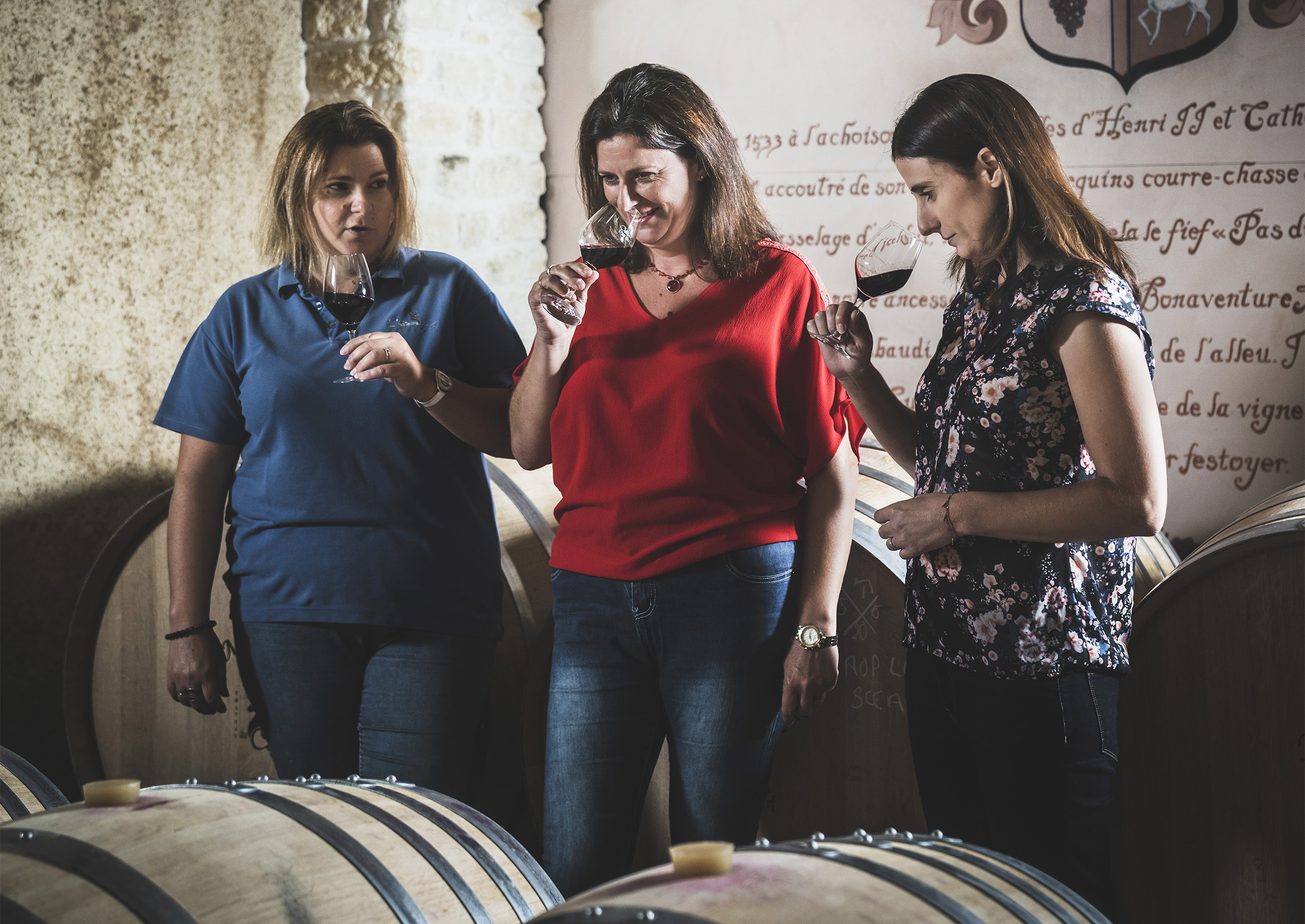 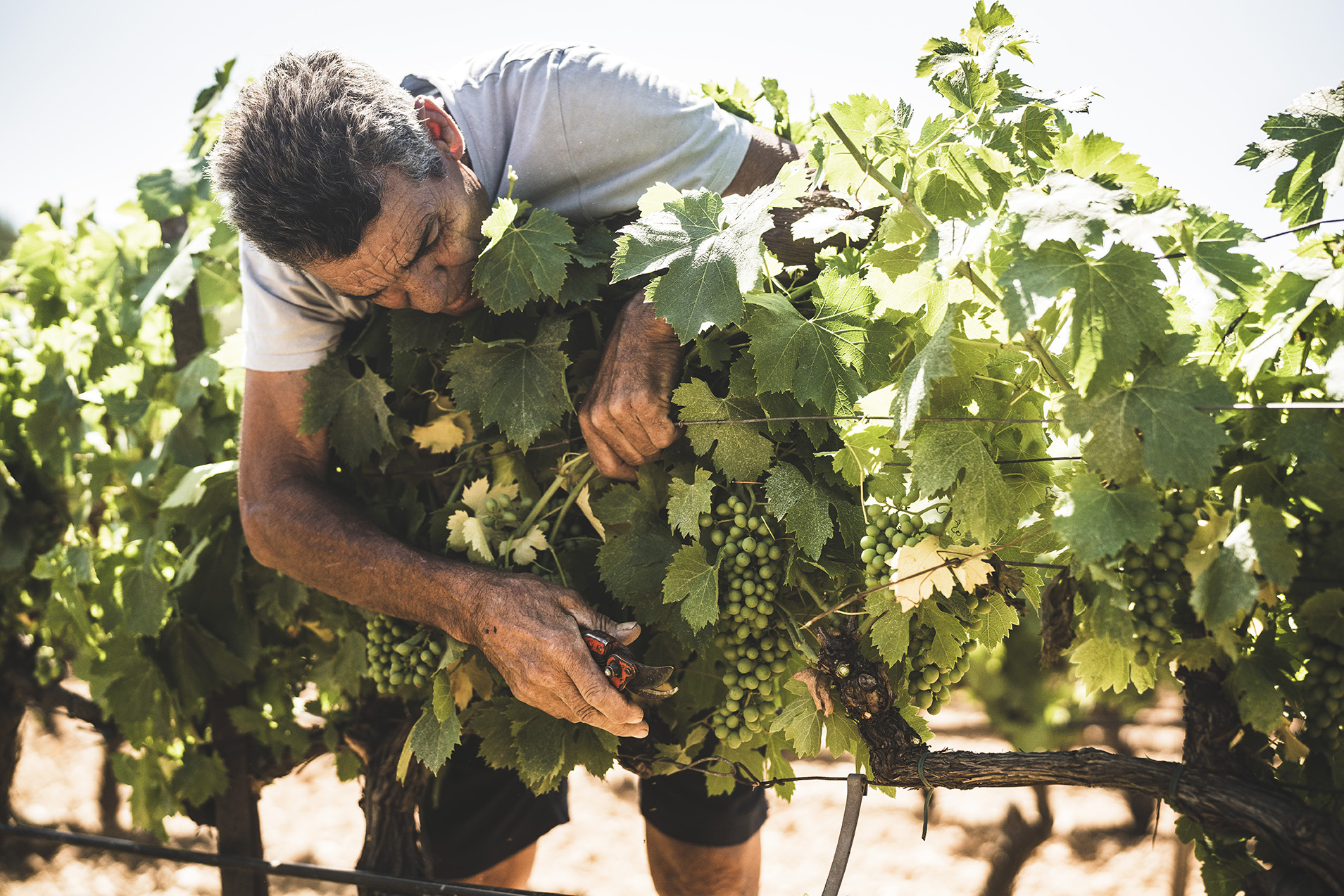 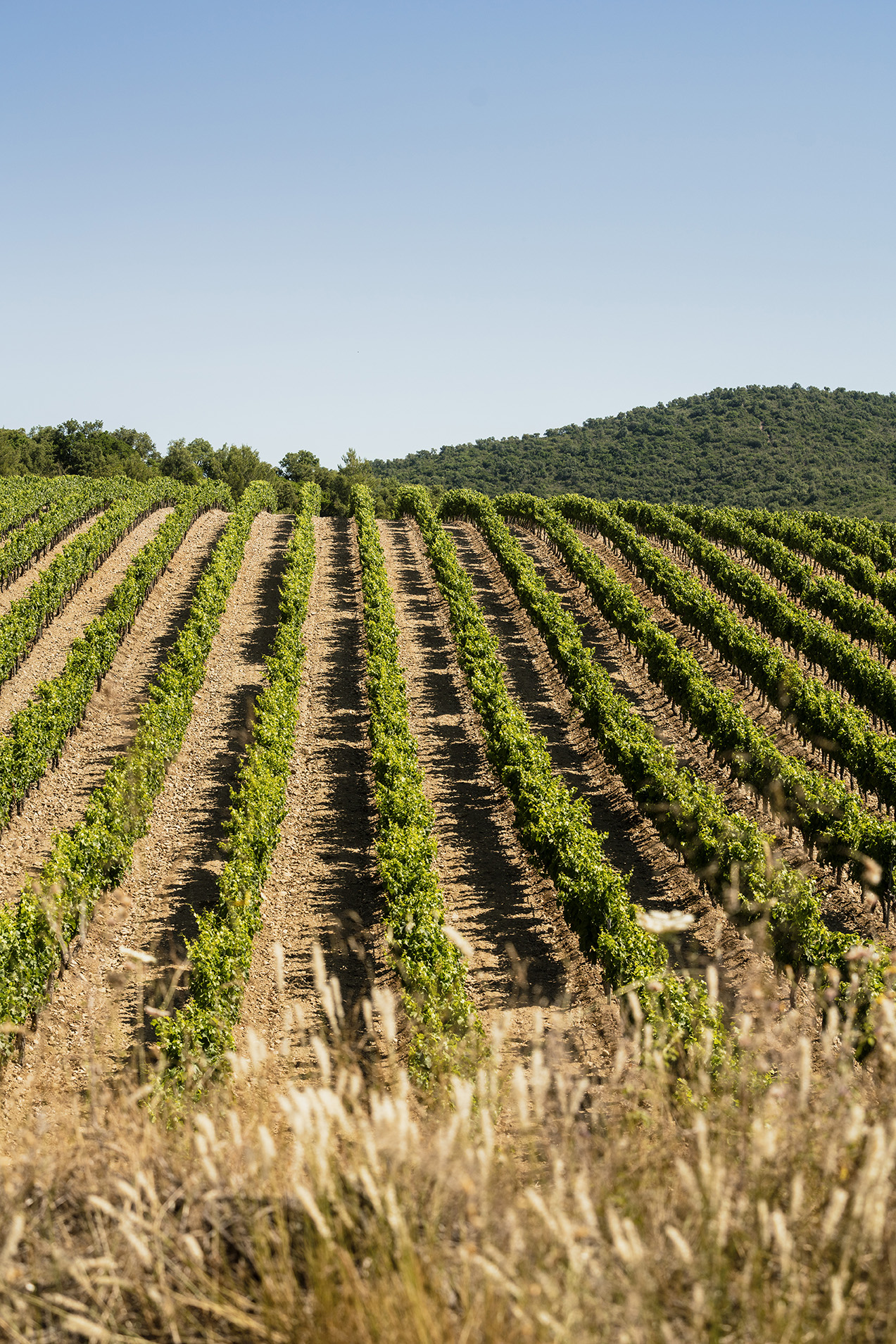 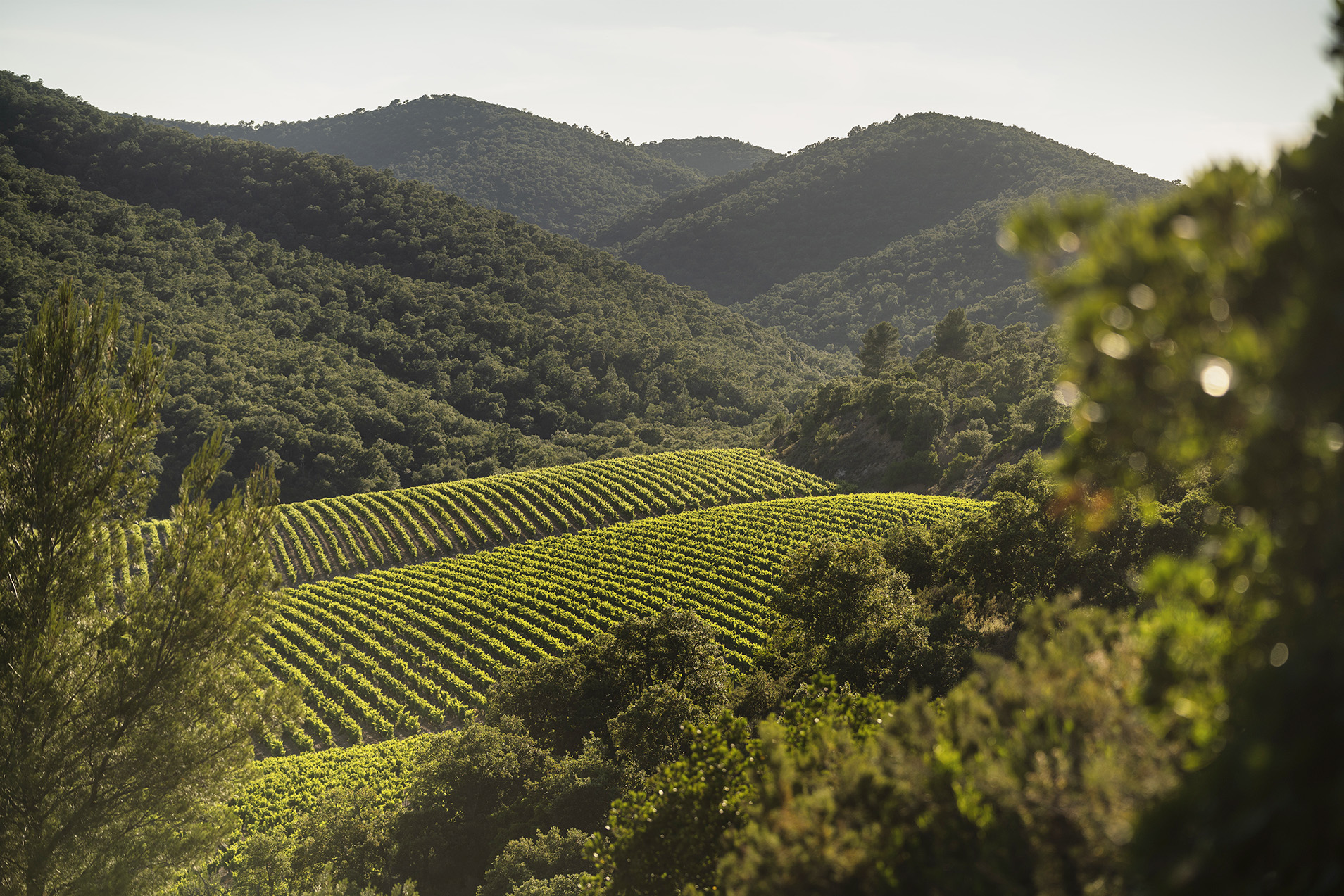 With respect for nature

In the heart of untouched nature and preserved biodiversity, the eighty hectares of vineyards of Château Pas du Cerf are located in a remarkable environment.

Nestled in a forest of 700 hectares, the estate is filled with extremely rare trees, such as the "arbousier délicieux", the name of a rare arbustus tree, or wild pink laurels unique shrubs in Europe which are protected by the Coastal Conservatory.

Through the oak hills, in the midst of intoxicating fragrances, the furtive and mysterious passings of free-roaming deers mingle with the warbling of cicadas and birds. The surrounding flora and fauna seem to watch over the vineyard ans nourish it with their strength.

In 1954, Marcel Gualtieri, the family grandfather built a hillside water reservoir, helping maintain wildlife. Every year, mallards, egrets and grey herons nest in reeds and feed on the fish inhabiting the lake

Thye wines express this natural and precious magic as well as they embody this emblematic terroir of the great wines of Southern France. 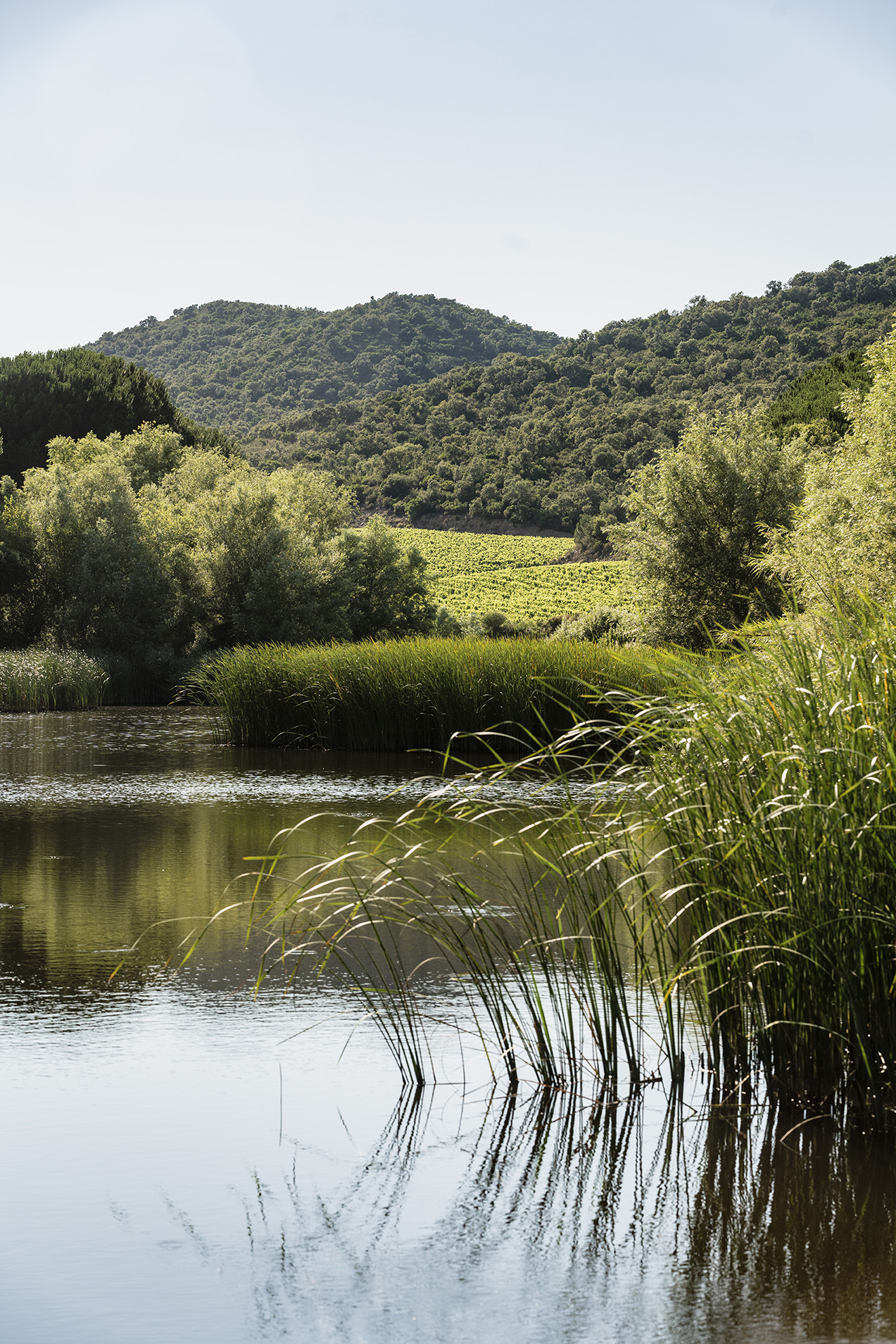 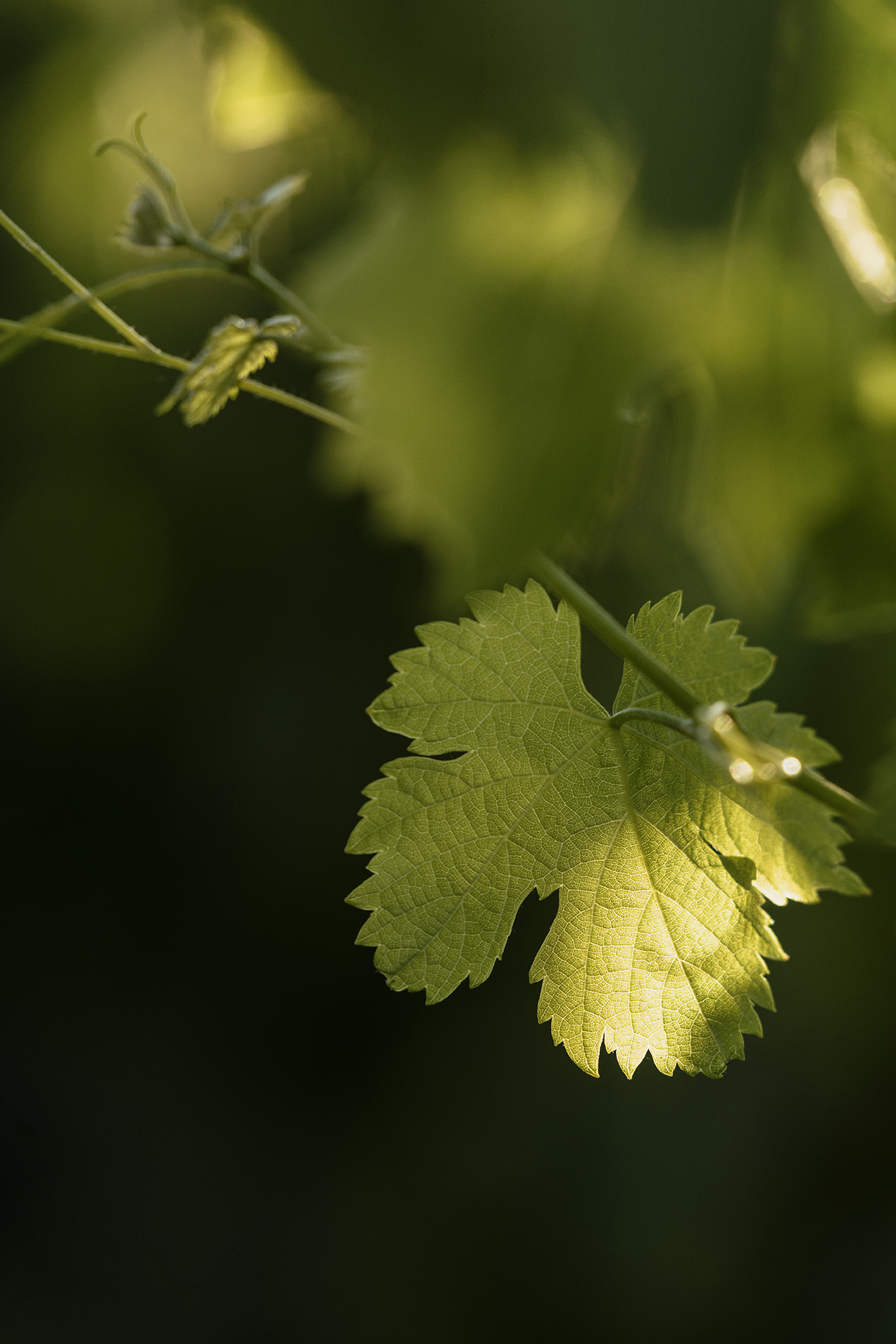 Respect for the environment and organic farming are integral parts of Château Pas du Cerf - in the vine as much as in each stage of the vinification process.

In the vineyard entirely organic manure contributes to the ripening of high quality grapes.

each stage of the work of the vine, in accordancz with the alchemy of nature, is free of substitute chemicals,

Wine effluents are purified by biological treatment. Once decontaminated, they are released to their naturel environment.

Being closest to one's nature means taking care of oneself and the environment, and this is precisely the spirit in which Château Pas du Cerf keeps growing vintage after vintage.

Already in 2010, Château Pas du Cerf cultivated a plot of Grenache and Tibouren in organic farming.
Since 2018, all the parcels of the estate have been converted to organic farming. These plots have given birth to the cuvée Diane Rosé, certified organic by ECOCERT.

En savoir +
USE OF COOKIES
By continuing your visit to this website, you accept the use of cookies to offer services and offers tailored to your interests.
More / Accept